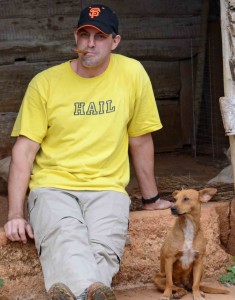 Bill Fink’s writing and photography has appeared in hundreds of articles in more than 50 different publications, including newspapers, magazines, websites, guidebooks, and travel writing anthologies.

In his travels through 75 countries, he’s covered topics ranging from five star vacation villas in Tuscany, to trash dump volleyball in Burma, eating squid at a baseball game in Japan and chasing a magic squirrel in the Philippines.

Some credits include AARP, where he’s a regular contributor, as well publications like the San Francisco Chronicle, National Geographic Traveler, BBC Travel, Outside Magazine, AFAR, airline and auto magazines, books from Frommer’s and Lonely Planet, and websites including Yahoo.com and CNN.com.

When he’s not on some exotic adventure, he lives in Oakland, California, commuting to Lake Tahoe when the snow is good. Email him at wbfink@gmail.com or follow on Twitter & Instagram @finktravels